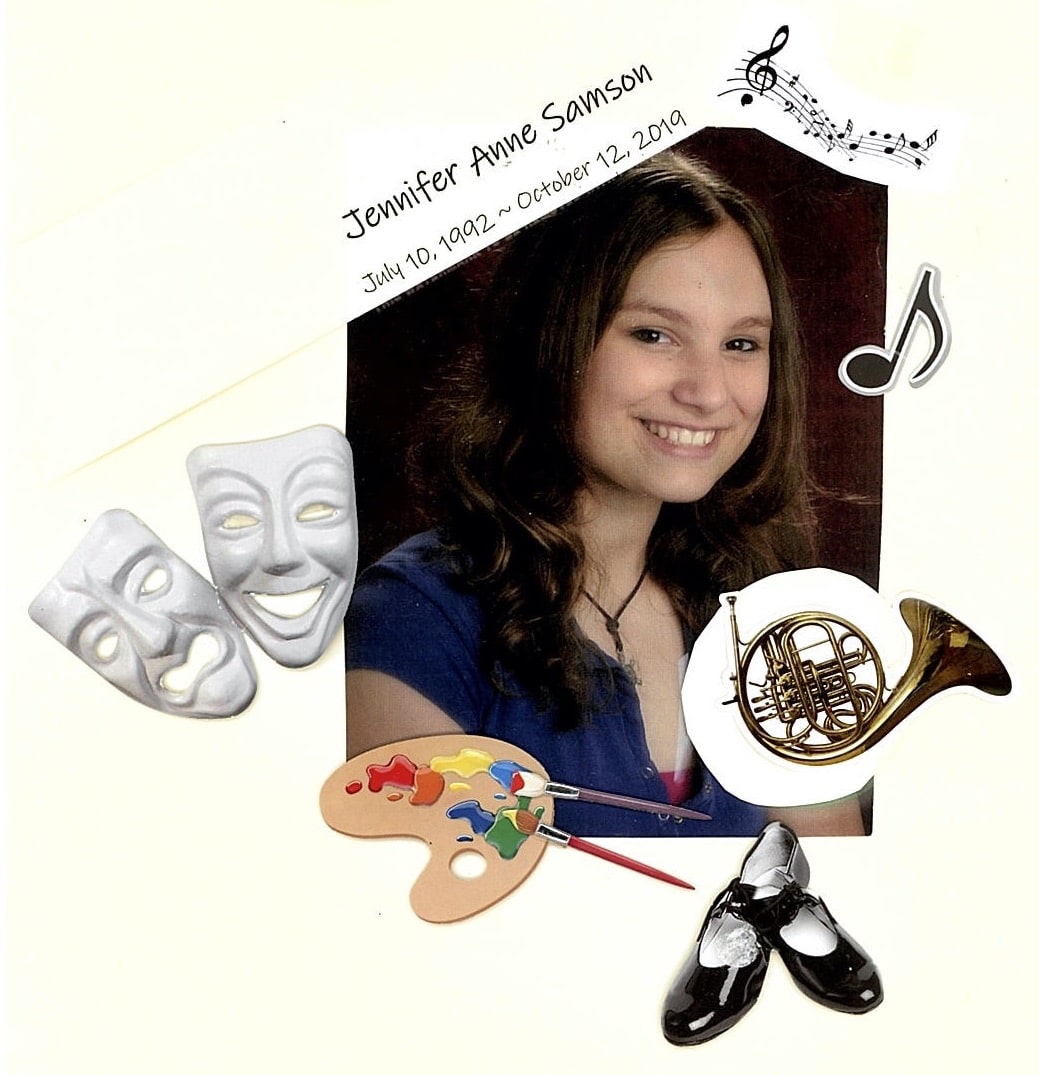 Jennifer was a highly active high school student in the visual and performing arts. She played the French Horn with the school orchestra and the Mellophone with the Red Raiders Marching Band. She loved to dance and became an excellent tap dancer. She was gifted with a beautiful singing voice which was a major part of her theatrical performances. She sang opera as well as Broadway hits and was a member of the Women in Harmony Quartet with a group called, “Have you heard of the cone?”. Jenn performed on stage in almost every theatrical performance during her high school years. She had one of the lead roles in Bye Bye Birdie. Every role she played was believable and spoken with perfection. She was a creative artist and many of the murals she painted can be seen on the walls of School District 158.

After high school, Jenn attended the University of Wisconsin in Whitewater where she continued her musical and theatrical performances. She graduated in 2014 with a Bachelor’s Degree in Fine Arts and had dreams of performing on Broadway. Sadly, Jenn suffered from schizophrenia, and her mental illness was too much of a challenge. Conquering this disease was the one role she could not perfect. In early October of 2019, Jenn performed her final act and bid us all a farewell – leaving us with such sweet sorrow.

Jennifer’s love for all that she did will remain in our memories forever.